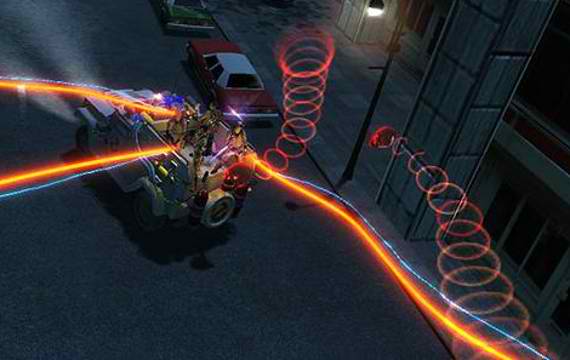 A new Ghostbusters game is coming this spring and it has what we want most in a game.  While it may not have the voice cast of 2009's Ghostbusters game, Ghostbusters: Sanctum of Slime has four player co-op both locally and online. This new trailer shows some of the different locations that you'll be vini, vidi, vici-ing in.  The gameplay looks fast and freneti, and no one's face is getting melted off with crossed streams, which is a good thing.  Judging from the above photo there might even be a vehicle element to the game. We'll have more details as they become available.

You can expect to see Ghostbusters: Sanctum of Slime this spring on the Xbox LIVE Marketplace, PlayStation Network, and PC.