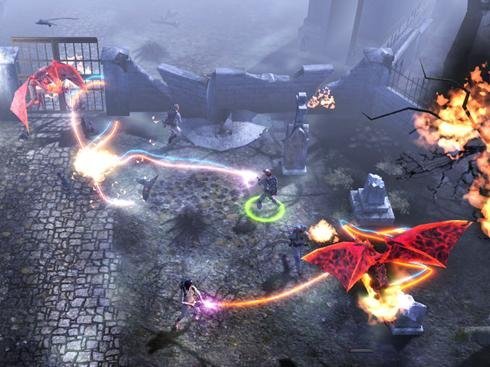 There's a sequel in the works to last years hit Ghostbusters game, but it's not what you think.  While that game, developed by Terminal reality, was a full retail AAA release, the game's sequel will instead be a downloadable title developed by Wanako Games.  Wanako is perhaps most famous for their excellent co-op topdown shooter Assault Heroes.

Like those games, the new Ghostbusters game, titled Ghostbusters: Sanctum of Slime, will be a top down shooter for four players either online or off.  It promises to have big boss battles where team work is crucial to succeeding as well as the ability to drive the ECTO-3 vehicle.

The original Ghostbusters game, while offering 4 player co-op, didn't offer that via the story - it was only available via a separate mode.  The Wii version of the game offered 2 player co-op through the story.  It appears Sanctum of Slime will offer co-op play through the entire game.

The game will launch Spring 2011 on the Xbox Live Arcade, PlayStation Network and PC.