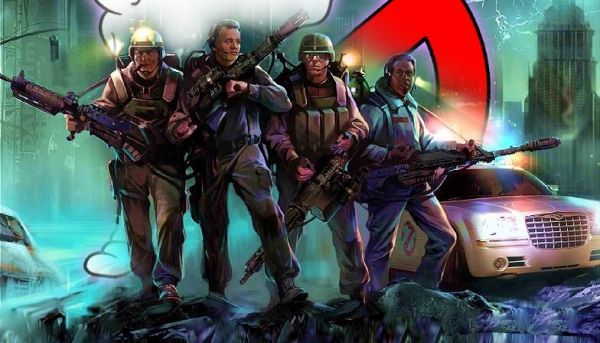 As an avid gamer, modern technology should not scare me, but Twitter does with its popularity and trendy users.   However, although I use a 486 PC powered by internal hamster power, I can still find a use for the real time information highway.  For instance, it is a great tool for publishers like Atari to send out newly revealed release dates, such as Ghostbusters: Sanctum of Slime coming to XBLA and PSN on March 23rd.

Noticeable by its absence is any confirmation of a PC release date for the game, which is a shame as this 4 person local and online co-op game would be perfect on any format.  The trailer, as seen on Co-Optimus, shows intense action and with word of giant bosses on offer, players may need to co-operate closely if they expect to beat the game.

With only a couple of months until Ghostbusters: Sanctum of Slime's official release, I plan to lock myself in my house with my 15 year old PC so that I can practice my best Dr Peter Venkman impression, "We came, we saw, we kicked ass!"