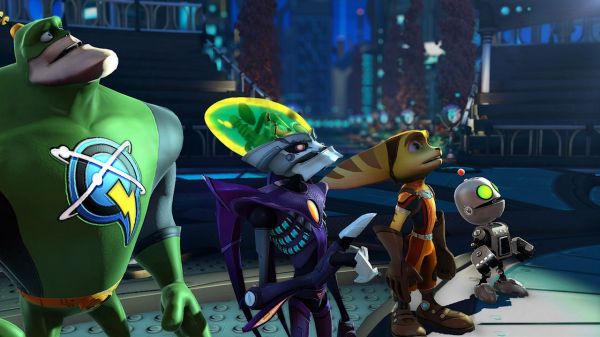 Insomniac has just released a brand new trailer for Ratchet and Clank: All 4 One - the four player co-op platformer set to hit the PlayStation 3 later this year.  The trailer showcases some great co-op action in both platforming, puzzles, and gigantic boss battles.  Seriously, it's going to take at least 4 players to bring in a fish of that size - sushi for everyone!

To go along with the trailer are a fresh batch of hi-resolution screenshots.  Yup, those are all in game - it looks so real you can almost smell that fish!