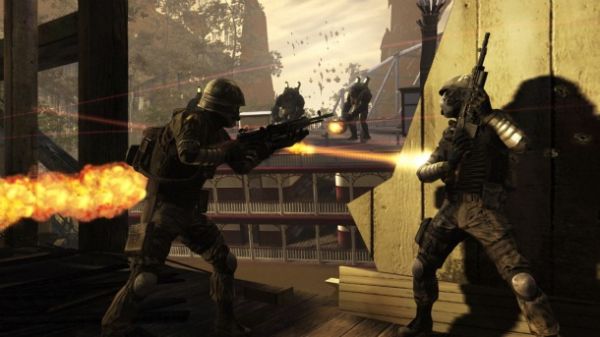 The Resistance series has been one of the most highly regarding on Sony's Playstation 3.  This fall, the third entry into the franchise, aptly named Resistance 3, will be released.  This time around, the seperate 8-player co-op mode has been dropped in favor of the two player local/online co-op campaign that we enjoyed in Resistance: Fall of Man.  A couple trailers have been released into the interwebs.  The first is a bit more cinematic, while the second features four minutes of actual gameplay, along with the explosions, guns, and ape-like cyborg aliens you'd expect.  It's definitely worth checking out for PS3 owners.