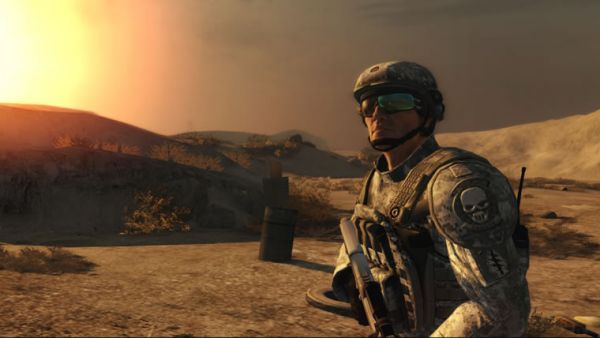 There's a handful of  deals this week for co-op gamers, especially if you are a fan of Tom Clancy games - which have always been a fan favorite.  There's even a spiffy deal on the Games for Windows marketplace if you're looking to snag the upcoming Bulletstorm.

Also this week kicks off the annual Xbox Live community awards for games.  Lets check out what's on tap.

Up first is the older but not forgotten Tom Clancy's Ghost Recon Advance Warfighter 2 - a game which had two co-op DLC packs.  Both packs are on sale for 200

each which is 50% savings.  You can queue those up right here for your Xbox 360.

If you want a more recent Tom Clancy title, you can try your hand at the co-op DLC for Splinter Cell Conviction.  It's on sale for 400

Finally for PC gamers if you want to pre-order Bulletstorm, which comes out tomorrow, do so now.  If you do you'll get a free copy of the co-op friendly Gears of War for Windows.

Finally - starting tomorrow you can start voting on some of your favorite downloadable games of the past year.  Many of them are co-op!

In the Spotlight: Vote for the best Xbox LIVE Arcade titles of 2010!

And the nominees are…