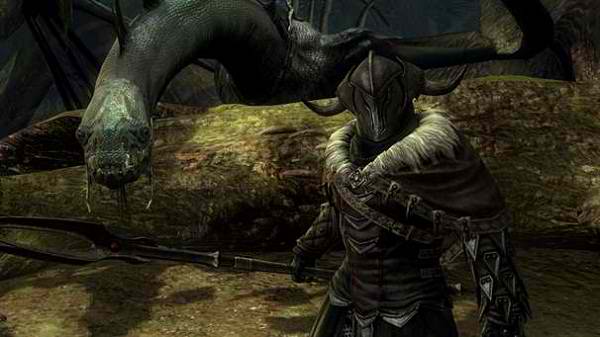 Do you remember all the hub-bub Gandalf made about the northern front in The Lord of the Rings?  It was something akin to "Many Bothans...died...to bring us this information."  Subtle, but ominous.  I may be crossing my trilogy streams.   You knew things were going to be okay, or else Tolkein would have made the heroes of the War in the North the main characters in his magnum opus.  Maybe Gandalf was more confident in the Northern Army because they didn't base their entire battle strategy on a hobbit (the most kill-able creature in Middle-Earth) performing black ops behind enemy lines.

The good folks at Snowblind Studios think its time the Northern warriors get their day in the sun, and by sun I mean video game adaptation.  In this latest video the developers talk about inspiration, gritty combat, and locations. I have to say, Carn Dûm looks cool, even though it's never been mentioned in a Led Zeppelin song.

Snowblind has a nice pedigree of hack 'n slash RPG's on their resume, including Baldur's Gate: Dark Alliance,Champions of Norrath, and Champions: Return to Arms. The game supports three player co-op; two locally, and a third can join online. You can visit the Northern lands of Middle-Earth when the game releases May 22 on the PlayStation 3, Xbox 360, and PC.