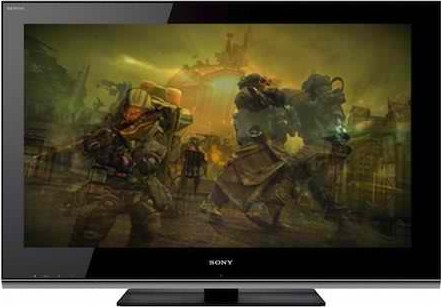 We covered Sony's patent for shared-screen stereoscopic 3D gaming last summer.  Sony execs put on a demonstration recently showing the Dual View 3D mode in Killzone 3.  In normal 3D viewing, two similar images are shown on screen, and 3D glasses produce the depth effect.  In Dual View 3D mode, two entirely different images are on screen.  What you see is dependent on your position to the television or monitor.  So player one will have one full screen display, and player two will have their own individual display as well.

This may not be limited to multiplayer and co-operative video games.  It appears that there is potential to have two different outputs altogether, so you can play Uncharted while your wife watches House Hunters International. The tech isn't there yet, but the idea is promising.  It's still not perfected; the images will strain your eyes, and half the sound will have to be ported through headphones.  The above image is from the London event,  taken by Pocket-lint.com.  They say the photo was taken directly in front of the screen.  You may scoff at wearing 3D glasses, but you probably never  thought you'd be wearing a telemarketer's headset on a regular basis, either.  We don't know when this will be available, but we are more than willing to kiss squished displays and lowered resolutions good-bye.