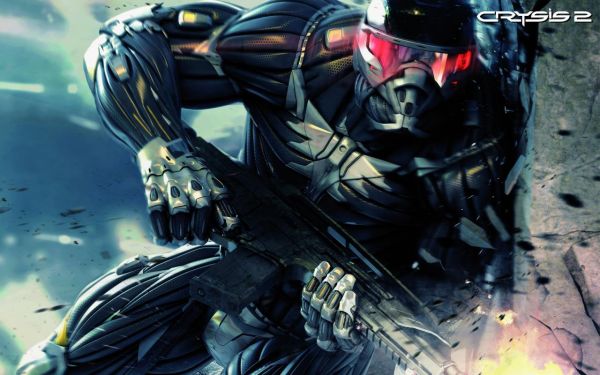 You'll have to go this one alone

It is often said that when a new co-op game is born, a member of Co-Optimus Staff gets their wings; unfortunately, the reverse is also true. The fact that Crysis 2 will be without co-op (aka co-opless) means that my wings have been, some might say, cruelly ripped from my back.  You would think this hurt, but on the contrary, some positives can be gleaned from this news.

At no point in the Crysis 2 development cycle has Co-Optimus' ever watchful eyes, ears and/or possibly nose, been made aware that a co-op mode would be present.  The reason that Crytek, the Crysis 2 developers, have come out with a statement explicitly saying there will be no co-op is due to the overarching gaming community.  The concept of co-operative gameplay has grown to the point were major developers need to justify their decision to leave it out.  In a recent interview, Crytek suggested they used the saved development time to concentrate on improving the single player experience and versus multiplayer (which under whelmed during the recent beta).  Time will only tell if a lack of co-op in Crysis 2 will affect sales.

Should all games attempt to be co-op, or do you think there is still a place for single player only games?

In a world of wannabe Call of Duty and Halo 'Killers', is the time spent developing multiplayer versus better directed at co-op?