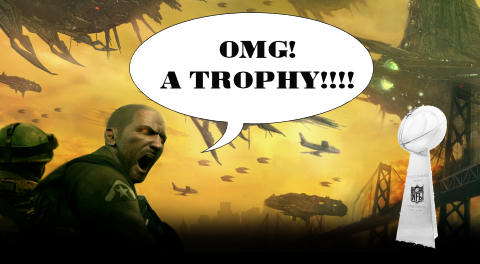 Starting next year, finding a PS3 game with support for trophies won't be shocking anymore.  Videogamer reports that beginning in 2009, all new Playstation 3 titles will be required to have trophy support.  I think we can all agree this is a good thing.  There have been lots of problems with "patch it in later" trophies.  If you had earned a trophy before the patch, you were out of luck and had to earn it again.  Not a good thing!  Whether you like achievments and trophies or not, it's good to see Sony keeping up with Microsoft as far as this type of feature is concerned.