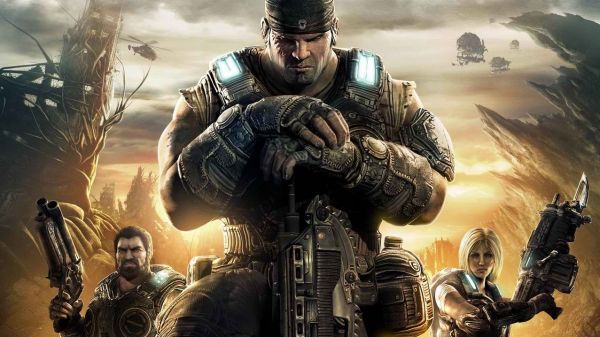 Epic VP Mark Rein recently sat down with Eurogamer to talk about the yearly release of Gears of War titles. Many gamers may cry foul, but Activision and Ubisoft apparently like the idea, and have recently begun releasing their triple-A titles annually.  (Call of Duty and Assassin's Creed, respectively.)  Rein seems to like the idea, as well:

I think if we felt we could and do justice to it, who wouldn't want to have a yearly [Gears of War]?  ...I really envy what they have with Call of Duty. Every year they put out something really great and they sell crazy stupid amounts. Anybody who says they wouldn't want to emulate that shouldn't be in business.

When asked what was stopping Epic from pumping out annual Gears titles, Rein said it was a matter of resources.

We're not that big a studio, so if we were going to do that it would be because we thought we could deliver something that was of real additive value. They have two teams so they can go back and forth.

Hmm... The lack of a second studio is what's holding them back...  Where could they find another studio that specializes in heavy-booted heroes with a penchant for over-the-top violence?  Oh yeah, Epic Games is the majority owner of People Can Fly, who just used Epic's Unreal Engine to unleash the ultra-violent Bulletstorm on the masses.  If Epic really wants to have a Gears game every year, it could be done. Rein went on to say:

I would never rule it out. I would love to do it. If we could come up with an experience that a year later was worthy of the Gears name, why wouldn't we want to do that?

Some people might think that an annualized release schedule over saturates the market.  When Activision was asked to comment they had this to say; "What are you going to do in November? Play a new IP?  Ha! Hahaha! Hahahahahahaha haw haw haw haah ha ha haaaaaa..." At this point in time Acitvision was laughing so hard they started tearing up, and used thousand dollar bills to wipe their eyes.  "No, seriously, Call of Duty has been the same game for four years, we just change locations and weapon skins.  You guys never seem to figure it out.  Now if you excuse us, we are going to hunt  some unicorns with our Faberge Egg Launchers."  -editor's note: This didn't happen.

You can check out the whole Mark Rein interview over at Eurogamer.com.  Gears of War 3 will release September 20th on the Xbox 360, and it supports two player local and five player online co-op.