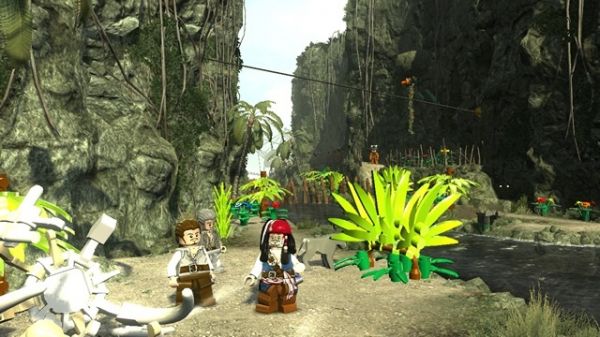 Pirates of the Caribbean is the latest franchise to become Lego-ified.  The new Lego title is scheduled to release in May, around the same day as the fourth film in the series, On Stranger Tides. Lego: Pirates of the Caribbean will cover material from all four films and have over 70 playable characters.  We can see from the screens that the game will feature more realistic backdrops, similar to Lego Star Wars 3: The Clone Wars. The game will have its standard drop-in drop-out co-op for two local players.  It will be available this spring for the Wii, Xbox 360, Playstation 3, and PC.  Read on to check out more images from the latest Lego infected game.