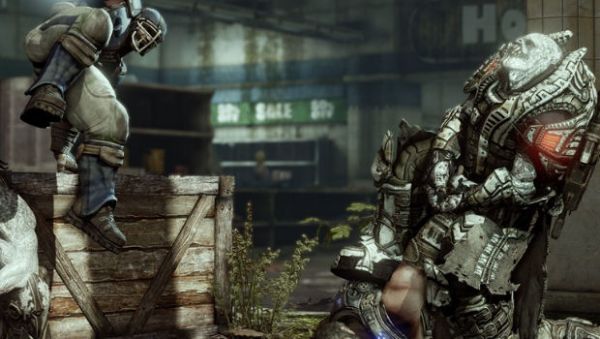 The first "Easter Egg" was coined after a hidden message was left in the game Adventure on Atari in 1979.  It was named such after the Easter holiday where people would give elaborate and often expensive eggs that contained a hidden surprise inside.  Easter eggs are a big part of gaming today, with many games giving references to modern day events, nods to other games, or hiding pictures of the developers buried deep in a level.  Gear of War 3 designer Cliff Bleszinski thinks the hidden gems are not only fun, but could help promote and draw attention to a game.

At GDC 2011 Bleszinski gave a speech about the subject suggesting that developers take advantage of social media and video streaming sites to help the cause.  His example was the "donkey lady" glitch from Red Dead Redemption, something he believes might have even been left in the game on purpose.

"The second after Bulletstorm came out, the front page of Kotaku and all these [gaming] websites was the Red Ring Of Death secret. That's your hidden X-factor to extend the launch of the game. So now I'm running into our office like, 'Dude. Easter Eggs, Easter Eggs. Pack 'em in, pack 'em deep."

So what does all this mean for the co-op friendly Gears of War 3?  According to CB the game is going to be loaded with them, including some that will be incredibly difficult to find.  While he claims it may take months to find some, and that if no one does they may leak it, I think they are underestimating the general gaming public.  2 Weeks top is my guess until every nook and cranny is covered in Gears of War 3. Of course things like easter eggs in games are only great when they can be experienced by everyone.  To this day Gears of War has been a Xbox 360 (and PC) exclusive because of a deal with Microsoft.  While that's not going to change anytime soon, that didn't stop Epic games president Mike Capps from saying he'd love to bring the games to the PlayStation 3.

"Do we wish we could take all those Killzone [players] and Resistance fans on PS3, and get them to say 'Gears is awesome'? Yeah, sure I'd love to ship the Gears trilogy on PlayStation. That would be fun. I want to be there; I want to be everywhere"

On the flip side, Capps gives an interesting look as to why some developers do the exclusive deals they do and why Epic is currently happy with their partnership with Microsoft.

"They don't just market it; they do amazing work and they have a user testing team that makes our games better, and so each time we've come to the point of 'what do we do next?' we've been happy to work with them. They help us make a better product and do some really cool marketing on the platform, so we save some money there."

That quote right there is a bit of an easter egg in itself.