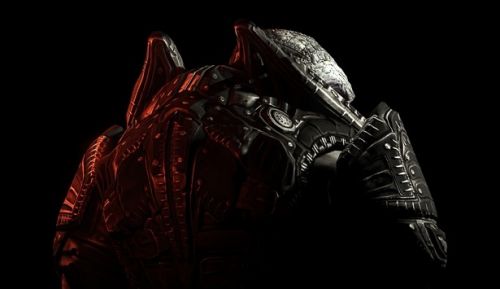 Didn't some pessimistic jerk just claim that there's nothing coming out this week?  Man, I'll have to talk to the boss about him.  Anyway - Gear of War 3 DLC is coming out tomorrow, December 13th.  It's titled "RAAM's Shadow" and it's a prequel to the trilogy we all know and love.  You'll experience a new take on the Gears universe as you step into the heavy boots of the Locust General and unleash hell on the COG forces.  That's right, this additional storyline will include a campaign from the Locust perspective.  Not only that, the whole thing will support two player local co-op and four player online co-op.

It won't be all Maulers and Kryll Shields - you'll also take the role of COG soldiers.  You'll see some familiar faces from the books and the previous Gears games, new multiplayer characters, more Achievements, and chocolate weapon skins, because hey, why the hell not?  The DLC is expected to offer three hours of additional content.  For even more information, you can see it all in action in this video here.  The RAAM's Shadow DLC will cost you 1200 MSP ($15). Unless, of course, you got the Gears 3 Season Pass.  Then you'll get 33% off, which will save you about five bucks.