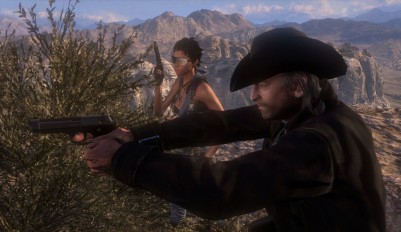 Techland says they'd like to provide a co-op demo for Call of Juarez: The Cartel. That's always good news to hear, and brand manager Blazej Krakowiak seems to have his heart set on it.

There will be a demo, definitely. Probably a co-op demo, but I can’t tell you whether it will be before or after release. We are thinking about it, so you can safely say you can expect it, then.

Some fans have dismissed this third outing as an abomination of sorts, citing its drastic departure from the "wild west" setting. We at Co-Optimus, however, would like to reserve judgement for now, as developer Techland seems to have fashioned the story and the gameplay around co-op.

So, because it’s story-driven, you wanted to keep it at 3?

Yeah, exactly. We could’ve done 4 or 2; we are doing the co-op multiplayer for our other game, Dead Island, so that’s proof that we could do it, we just wanted something different here in Call of Juarez.

Is co-op solely online can you play together locally?

No, it’s online[-only], and there are good reasons for it. We can’t reveal them right now, but there are gameplay features that actually wouldn’t make much sense in local co-op.

Whether or not their focus on making a proper co-op experience will overshadow the lack of local co-op support or not is yet to be seen. Techland is already known for setting very lofty goals for themselves; we'll keep our eyes open and see if they can continue to deliver good news.