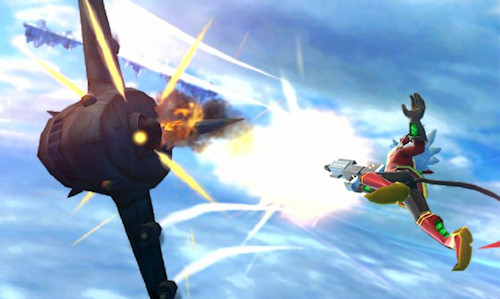 Yuji Naka is one of the most famous members of the original Sonic Team for Sega, famous for creating such titles as the original Sonic the Hedgehog and Phantasy Star Online.  Now with his own studio called Prope, information has been trickling out about a new title for the Wii and Nintendo 3DS.  It's called Rodea the Sky Soldier and looks to be a an action oriented flying game in the realm of NiGHTS.