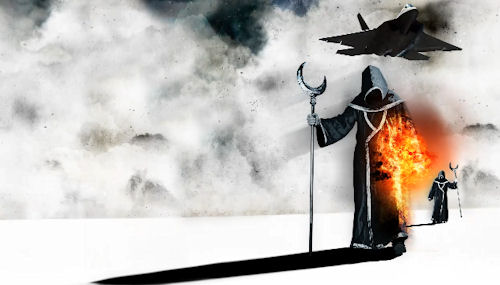 Magicka's first expansion pack is out now on the PC featuring four player co-op.  Titled Magicka: Vietnam, the content is just as zany as it sounds - four wizards dropped in a Vietnamese jungle armed with machine guns and napalm strikes.

Priced at $4.99 the content includes new magic abilities like the napalm strike, as well as machine guns, fatigue wizard robes, and of course plenty of action.  You'll also find new achievements and two challenge maps to play - 1 survival and 1 scenario based.

Answer the call of duty to take up arms against the Goblin-Cong, trudging through a napalm-scorched battlefield with a bad company of up to four wizard GIs, and earn new medals of honor and achievements as you eliminate scores of enemies with not-so-wizardly machine guns and a new napalm Magick, liberate prisoners from POW camps, and escape to a Huey before it gets shot down by a pistol—all of this, of course, in your stylish robe fatigues and hood-friendly helmet.

We're being told to expect Magicka to go on sale to celebrate this launch, with discounts as much as 50% on the original game.  For now enjoy the explosive launch trailer.

Here's the patch notes from the latest update as well.