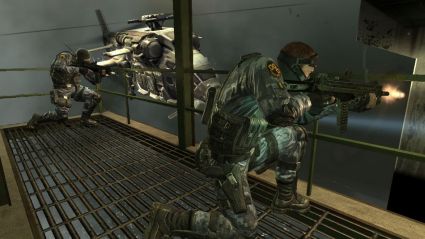 The latest in a lengthening line of exploratory methods to reduce used game sales is rumored to be under heavy consideration at Warner Bros. Interactive Entertainment, and comes in the form of online access restrictions. Apparently the growing production branch will be using Mortal Kombat and F.E.A.R. 3 as its guinea pigs. My most recent brush with an anti-used game sales program was via Homefront, which allowed any player to reach rank level five in the online modes before requiring a unique code. These codes are available directly from THQ - for a price - or are boxed with all new copies of the game.

Warner Bros and THQ seem to be jumping on a bandwagon that EA is already aboard. I wouldn't be surprised to see Ubisoft and Sony asking for a lift in the very near future.

To brighten this otherwise dreary news post, we've included the most recent F.E.A.R. 3 trailer. Oh, wait...that's not very cheery at all, is it?