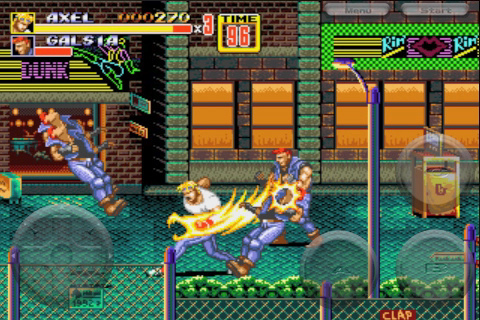 Sega has been very good at keeping their classic properties available throughout the years.  Whether it's a disc-based compilation, an Xbox Live or Playstation Network release, a Virtual Console download, or even a PC version, their best co-op classics are easy to obtain.  It's no surprise, then, that Sega is preparing versions of these games for eager iPhone and iPad players as well.

Streets of Rage 3 and Golden Axe 2 are both now available for iOS, joining their previously released predecessors.  The third games in the Golden Axe series has also been officially announced, and will likely be on iTunes very soon.  Each of these titles support co-op via Bluetooth.  The next time you are bored on the bus, in the doctor's office, or wherever, why not bust some street thugs or kick some gnomes to pass the time?