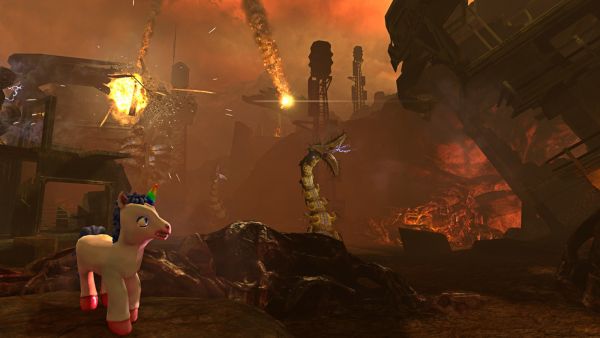 We've given a surprising amount of coverage to rainbows throughout the years here at Co-Optimus.  However, we've had an equally surprising lack of unicorns.  Today, the two warm fuzzy icons collide with Red Faction: Armageddon.  Apparently, one of the most devastating weapons known to humankind is a rainbow-hued unicorn fart.  Doesn't make sense, you say?  Well, check out the video below.  If you want to wield the appropriately named Mr. Toots in the game, be sure to download the demo.  If you and 999,999 other people do the same, Volition promises to include the unicorn as a playable weapon.  Because, hey, why not?