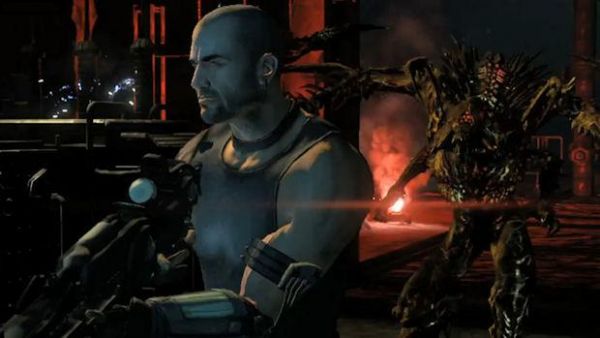 Volition has the sort of track record that we at Co-Optimus like.  They recently decided to ditch their online versus modes for the upcoming Saints Row: The Third, in favor of improving the co-op campaign.  This was great news for co-op fans (admittedly not for versus fans), but what of their other popular IP?  Time to dig out your dynamite reserves and structural engineering degree because Red Faction: Armageddon is getting a co-op mode as well.

Entitled Infestation Mode, this 4 player online co-op mode will follow the tried and tested horde formula, as made popular by the Gears of War franchise.  Whilst the Gears have some awesome weapons (who hasn't dreamed of attaching a chainsaw to a machinegun), they are unable to alter the land itself.  The Red Faction series is famed for its destructible environments - can you and your friends use the earth you stand on as a defense?  For more details and a brand new Infestation Mode trailer check out Read More.

The Nano Forge, a Maguffin introduced in the Red Faction: Guerrilla, is key to Infestation Mode.  It is a powerful piece of technology that you can use to manipulate the landscape and create super powered weapons/defenses.  Infestation Mode will see players utilizing the Nano Forge by repairing defenses, creating shields and forming stasis bubbles.  The 4 players can then combine their powers to create even more powerful forms of attack and defense.

Similar to Saints Row, Volition are dropping traditional multiplayer in Red Faction: Armageddon in favor of the new 4 player co-op Infestation Mode.  How this will impact the future of online gaming will be interesting to see; for every fan of co-op, there is also a fan of multiplayer.  It appears that with one or two massive games dominating the online versus world, developers are finding it hard to compete.  At least with a 4 player co-op mode you only need 4 people to make a community large enough for a game.  Whether Infestation Mode will be a success is unknown - as you ponder these wise words why not check out the new trailer and get a glimpse for yourself?