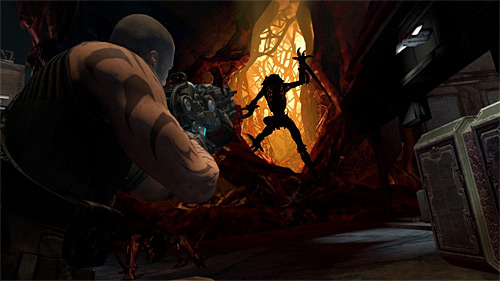 One of the reasons I created Co-Optimus was because of the confusion that occurs simply by reading a game box and trying to determine what kind of co-op the game includes.  A perfect example of this is the recently released Red Faction: Armageddon, a game we gave a favorable review to here.  If you picked up the Xbox 360 game box you may have noticed the back of it states it has local "Co-Op 2-4 Players."

Most assume this means split screen or couch co-op play of some sorts.  As many gamers quickly found out, the game only supports online co-op, something our database clearly states. A post on the Red Faction forums has many gamer's complaints as well as an official response from THQ.

Thank you for letting us know about this issue, and we'll see what we can do about adjusting the packaging.  It should be noted that this packaging was sent off denoting that 2-4 local was through System Link, since you do not need an internet connection for that. Also, we've been saying for over a month now both on our site, and on every preview around the net that we do not have 4-play local on the same console.  We didn't hide that information at all, and searching for our Infestation Mode on the internet details this.

It sounds like the documentation to be filled out by  a publisher wasn't detailed enough to determine what is and isn't "local co-op."  Even the box itself is a bit confusing as the green section is supposed to denote local and the orange section, online.  But the orange in this case is really only for Xbox Live play - and technically - LAN play doesn't require Xbox Live.  Once again, this kind of confusion is exactly the reason we felt the need to create a resource like Co-Optimus.

So remember folks, if you want to know what kind of co-op a game has, check our database.  If you're at the store you can use our Android app and scan it!