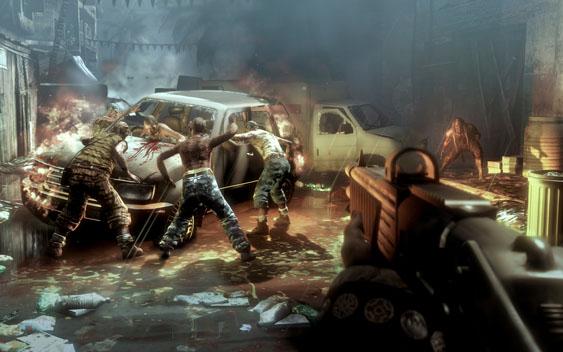 With the buzz of Dead Island's controversial trailer finally subsiding, fans of the undead genre are clamoring for more juicy info on the game.  Were the pre-rendered graphics of the trailer indicative of what the game will offer?  Techland have promised a great looking game that focuses more on melee combat than it does gunplay, but these new gameplay screenshots may suggest otherwise.

Two of the images include guns; a machine gun and a pistol, whilst two other images have the player hefting a mighty baseball bat.  As well as including lead spitting denizens of death, the images also appear touched up in places.  Are they a true reflection of what the end product is going to be like, or is this yet another dose of hype onto the already Bisto(tm) filled Dead Island gravy train?

Judge for yourselves with a new Dead Island image gallery.