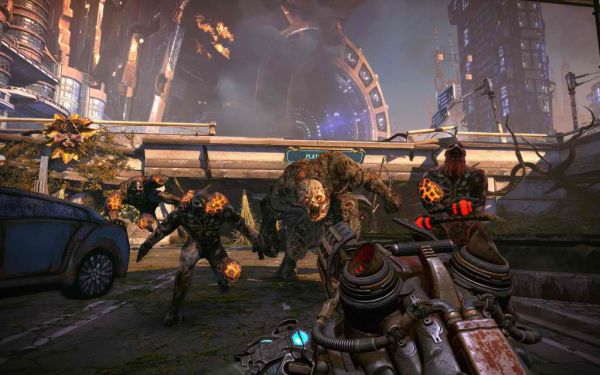 Bulletstorm's Gun Sonata DLC has finally rained down upon the PC.  The new content has two new Echo levels, "Guns of Stygia" and "Crash Site." There are three new stages for the game's four player Anarchy Mode, "Villa," "Sewers of Stygia," and  "Hotel Elysium."  This DLC was available on consoles a little over a month ago, and we posted our impressions of the entire Gun Sonata pack here.  We liked the DLC, and thought fans of the game would appreciate it, but it wouldn't interest gamers who had moved on to other titles.  You can download the Gun Sonata DLC on the Xbox 360, PlayStation 3, or PC for $9.99.