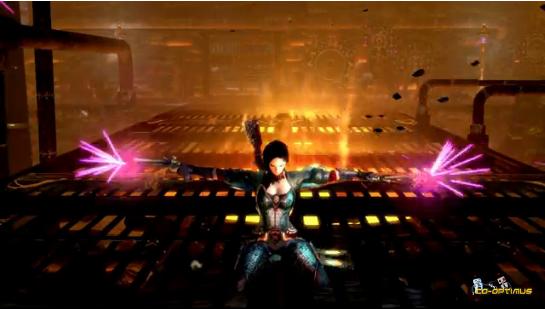 Heads up in anticipation of the June 21st release of 4 player co-op Dungeon Siege 3, we've got the demo release date scoop for you. Square-Enix released a newsletter with dates to look forward to in demo-land. Beware, Xbox 360 owners get the demo first for one week, followed by a PS3 and PC release.

Be sure to download the Dungeon Siege III demo on the Xbox 360 on May 31st, 2011. The demo will be available on June 7th for the PS3 and PC via Steam.

We're definitely fingers-crossed on the Playstation Network being entirely restored by the demo date, so you can have your demo time. Also with the hopes that the demo will let us taste a little bit of that Lucas, Anjali, Rienhart, and Katarina action.

All three systems are set to release the full title on June 21st, so no delay for PS3 or PC users there.