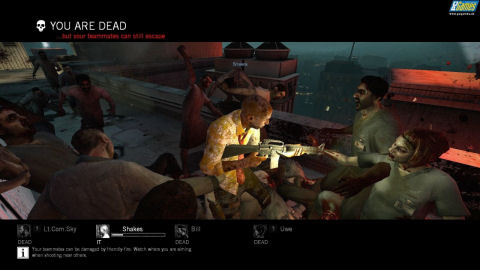 Left 4 Dead is rushing (or shambling, considering the game's content) towards its November 17th release date. So, it seems only natural that more details for the game's upcoming demo (set to be released before the game comes out) have been discovered. IGN has recieved details from Doug Lombardi himself, who said the demo will take place:

"from the front of the Survivor's first campaign (including the opening movie)." This area of the demo will encompass a hospital level, and an area "outside the Hospital."

IGN is also saying that the demo will come out in early November, shortly before the game comes out. Most of the information in the article is not new, but rather confirmation of details that have been rumored for a while. Still, it is encouraging to have these details set into stone. Anyone else chomping at the bit for the demo?