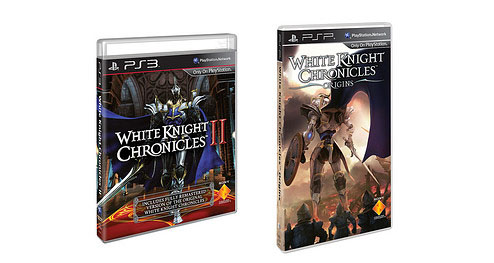 White Knight Chronicles was released just shy of a year and a half ago. We found the game to be a pretty good single-player experience and a decent co-op experience. A week from now (June 9th for AUS, June 10th for UK, and June 8th for the rest of PAL), its sequel and prequel will simultaneously be hitting the store shelves on two different consoles.

EDIT: Apologies about the confusion with release dates. These games will only be released in June for Europe; North America will see them released later this summer.