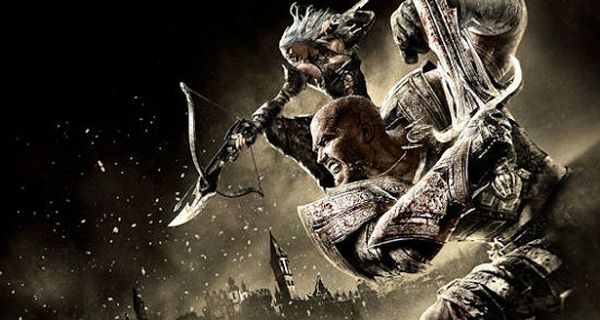 Hunted: The Demon's Forge was released this week on the 360, PS3 and PC with two player co-op gameplay.  The game centers around the story of two characters, E'Lara and Caddoc, and their adventures in the game's world to stop a nefarious plot.  We may have seen it all before, but developer inXile really wanted to drive home the cooperative elements in the game.

The way the team went about doing this is not just design a game where two people can play at the same time, but design a game that rewards players for working together.

The co-op stuff is designed to make the players work together. Generally, games that say co-op, all that really means is two players play at the same time, but in our game, we wanted our players to have to use their skills in conjunction with each other. You know, E'Lara uses her ice arrow to freeze the guys, Caddoc shatters them...

To do this players need to constantly determine which attacks would work best against which enemy types and communicate to take down opponents faster, otherwise they could find themselves overwhelmed.

So, each enemy has their own strength and weakness, the characters [have their] own strengths and weaknesses, and you have to figure out the right combination of things to beat the enemies.

The full interview with Matt Findley is available on Gamasutra.  We'll have our full review of Hunted up in a few days, so be sure to check back!