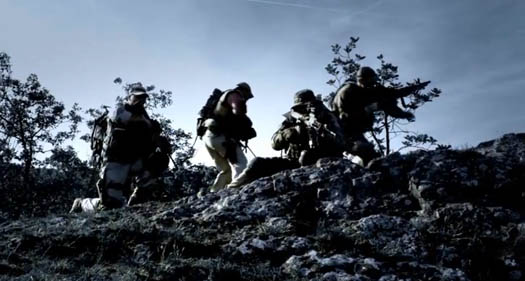 Bohemia Interactive have released a teaser trailer for Arma 3, their next iteration in their tactical warfare series for the PC. It sort of blurs the line between live action video and in game footage.  We're actually quite confused at what we're looking at, especially if you let the trailer run passed the closing logo.

We should be getting some eyes on the game this week at E3 so check back for the full goods on what co-op options the game will support.