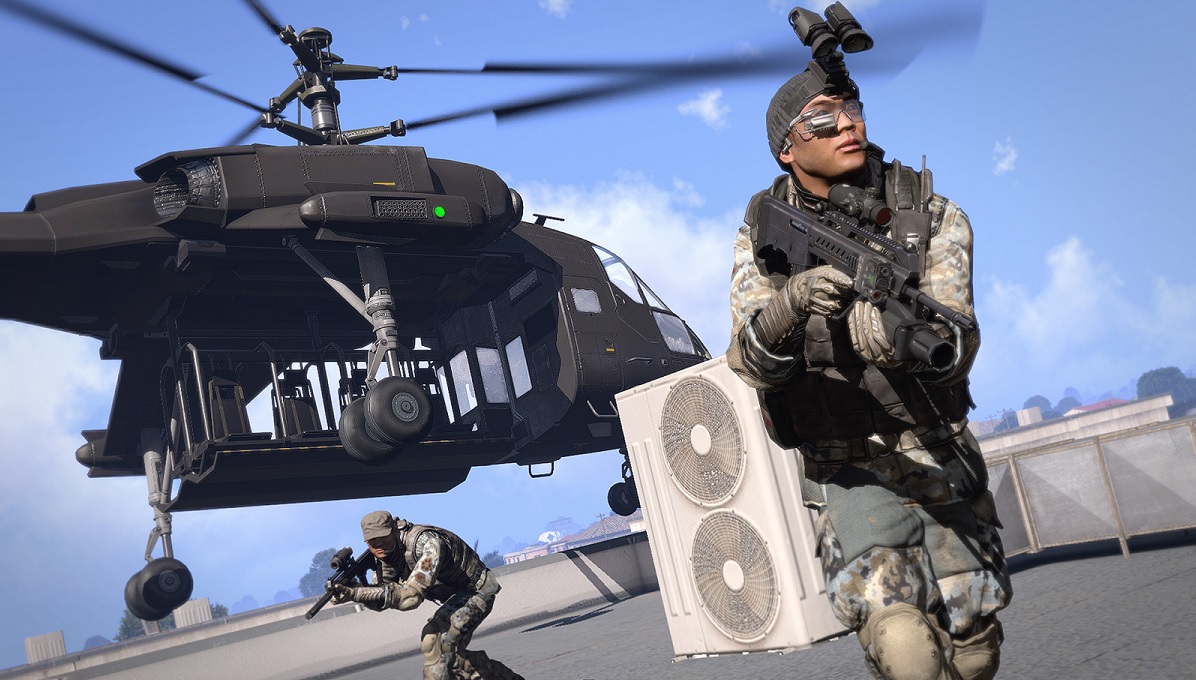 There is nothing quite like the thump, thump, thump noise of helicopter blades in a computer game.  They invariably mean that you are about to have incoming enemy fire, or blessed support.  Both will be enabled in ArmA 3 from November 4th when the 2nd Premium DLC is released.

The DLC is premium in that it costs; €12.99/£10.99/$15.99.  For this you will get access to two types of helicopter to play in the game; CH-67 Huron and the Mi-290 Taru, that also have skin variants.  Also included are ten new VR Training missions designed to help you get a handle on controlling the rotored beasts.

To get the most out of this new aerial warfare, ArmA 3 will also be having an update that will be free to all. The new Support multiplayer mode will task players with supporting  their ground troops using the helicopters including sending in Medevacs