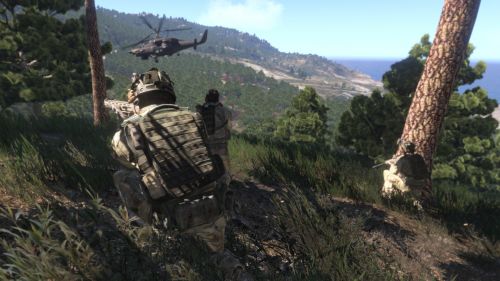 ArmA 3 has hit alpha phase and is actually available to purchase via Steam right now for $32.99. By doing so you get early access to the game, can contribute feedback to its development, and will get full access to the full release once it's ready. If you aren't familiar with the series, ArmA is all about real tactical combat in a sandbox type environment. We've already seen the potential of the series, with ArmA 2 allowing 100 player co-op missions.

Now with ArmA 3 developer Bohemia Interactive looks to extend the series even further - bringing a fully expandable and modifiable engine with cutting edge graphics and more. There's a great video put together by the folks at ShackTactical, famous for the 100 player co-op videos, that's all about what makes ArmA 3 special. I think it's worth a watch.

When ArmA 3 is released it'll have a full story based campaign with co-op play as well as plenty of community missions and more. Because of that it's hard to nail down exactly where the player caps are in the game - but know it's very co-op centric on all fronts.

There's no release date yet for ArmA 3 - but it should be out sometime this year on PC. For now enjoy another video of a co-op mission created by the community for the game and another that shows the light-hearted play that can occur thanks to the the sandbox (and bugs).