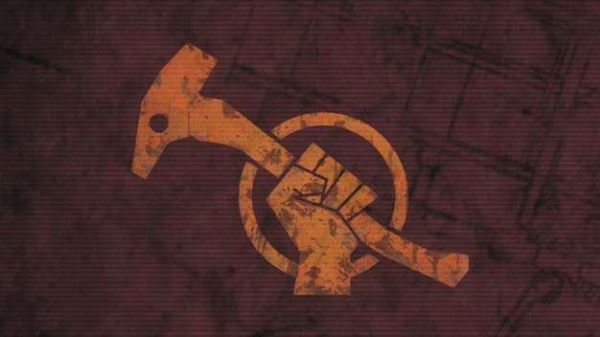 Okay, show of hands. When Red Faction: Armageddon announced co-op, how many of you sighed and said: "It's about time!" I know I did, and I'm glad the series finally made that leap. I feel I may have actually finished Red Faction: Guerilla if I had played with a friend, what with the group of rogues that have been present since - well, the first Red Faction. With the goal of improving the series then, that Volition Inc has explored the realm of co-op.

In an interview with GamingUnion.net, studio manager Eric Barker discusses the transition from PvP (versus) to co-op, and some of the other details of Red Faction: Armageddon, all of which I'm personally looking forward to trying out with my friends.

Right off the bat, GamingUnion.net wanted to know about the versus mode - which let's face it, didn't do so hot in the last game.

Basically, our focus became the four-person co-op because for us, the transition from Guerrilla to Armageddon was a focus on taking the stuff we liked in Guerrilla and making it even better. And of course, trying to improve on the weaknesses too. So, we took a lot of the technology, and stuff that people really enjoyed from the multiplayer in Guerrilla, like the Nano Forge, and drove that into the single player for Armageddon. So now, all those things like the Nano Forge are in single player, they're in Ruin Mode, etc. So that was really our focus when thinking about how we'd tackle the multiplayer.

To expound on my above comment about the PvP not doing so well, Barker admits that versus is an either all-or-nothing affair. Whereas co-op - well, you can focus on the campaign there, and have multiplayer for the win-win situation.

Honestly, I think what you're seeing is that PvP is kind of its own beast. I mean, you see like Call of Duty, and that's really what it's about - a lot of people don't even play the campaign. I just think that, what you want to do, you need to do it well. You want to focus on that, and for us, it was the intergration of taking these great elements and putting them into a co-op environment where you need to be strategic and think about it. We knew we had a great product on our hands and there's some great potential to really drill down on the best way to handle that.

As games get away from PvP to give it to the industry giants like Halo or Call of Duty: Black Ops, they seem to be focusing more on the co-op aspect of a game (And what do you know, they also have a co-op presence as well). With the emphasis on the story and other aspects of the game, it gives us great things - like a magnet gun. A gun, that's also a magnet. Some people felt that Guerrilla had a "tech demo" feel to it, because the destruction was amazing, but it was kind of in the background. We wanted to drive that to the forefront, so now you've got the Magnet Gun, which is actually using destruction - the world becomes your weapon. We wanted to take all that and drive it into the gameplay, so it changes the way you play and it changes the way you fight. So now, with other games you're walking along with your assault rifle and you're going to shoot people, we're like no. We want you to look at the environment and say, 'I could rip that thing off the wall and throw it at him', or, 'I don't want to be over there where there's nothing, I want to be over here so there's stuff for me to grab'. Better yet, I can think 'Hey, I just brought that building down - I should run over there so I can repair it if things start getting crazy'.

This looks like the first time I may actually play, and potentially finish a Red Faction title in all of its many years. I'm glad Volition Inc. has learned from the past titles to create a truly solid experience in single player. Here's to the Armageddon.