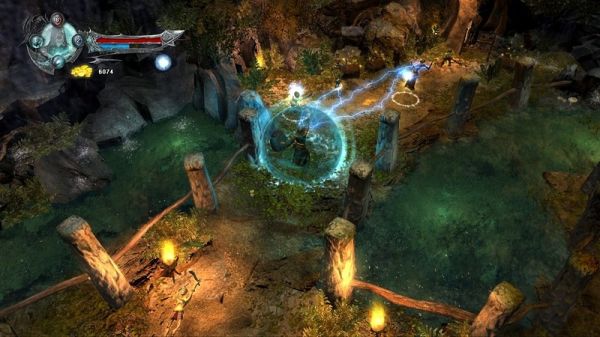 It's been (and is continuing to be) a good year for those of us who are fans of the dungeon crawler/hack-and-slash genre. I used to have to search long and hard for a console dungeon crawler, but this year has provided a vertiable bounty of them what with Dungeon Hunter Alliance, D&D Daggerdale, and Dungeon Siege 3 out already (wow, lots of D's in these names), and Torchlight 2, LOTR: War in the North, Crimson Alliance, and hell, even possibly the elusive Diablo III beta anticipated for this summer. That's a heck of a lot of dungeon crawlers!

The trends looks to continue into 2012 with the recently announced Realms of Ancient War (or RAW, for short, but that really made me think it was a wresting game at first). The details on the game are pretty sparse right now, but here's what we do know:

There's also a gameplay trailer of a mage running around, dishing out fiery and lightningy pain and grunting a lot!

As always, we'll fill you guys in on the details as we get them.