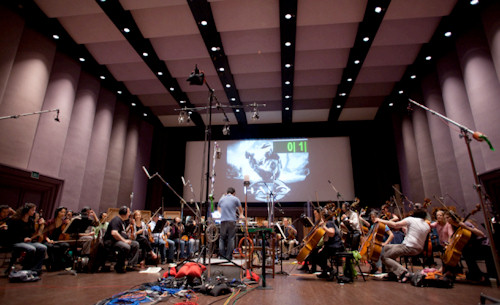 One thing every Halo game has had besides kick ass co-op play, is an equally satisfying soundtrack.  The Halo theme might be famous, but the entire score for every title stands out on its own as a great pieces of music.  The scores created by Martin O'Donnell and Michael Salvatori are truly some of my favorite all time game music.

With the upcoming Halo: Combat Evolved Anniversary, the original game's soundtrack is getting remastered.

Pyramind Studios has partnered with 343 Industries for the project which is a complete re-orchestration of the original score that is being recorded at the Skywalker Ranch and includes the Skywalker Symphony Orchestra and Chanticleer.