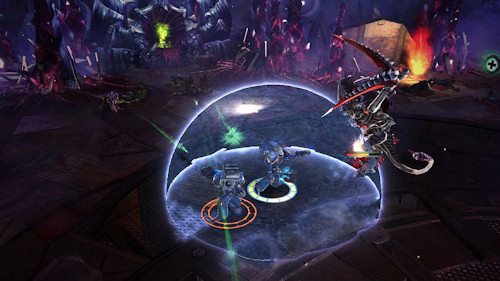 Good news for all you folks that either don't have an Xbox 360 or prefer your twin-stick shooters on your Playstation 3: Warhammer 40k: Kill Team is due out on PSN next Tuesday (August 2nd). We reviewed the XBLA version and found it a satisfying co-op game, though not without its flaws. The PSN version sounds to be virtually unchanged from the XBLA one, with two-player local same-screen co-op . It features four classes as well as weapon upgrades and a perk system. The PSN version will also be $10.