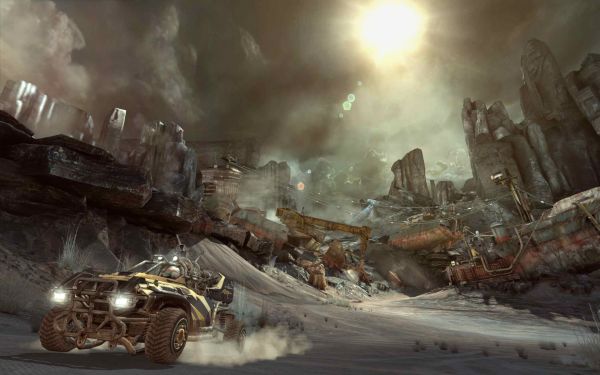 Fresh previews of id's shooter/RPG RAGE have hit the internet today - and so far the impressions seem positive.  None of the previews cover the co-op aspect of the game, but they do give you a good idea of what to expect from the title when it's released on October 4th for the Xbox 360, PlayStation 3 and PC.

Joystiq - "A shooter first, everything else second."

UGO - "id figured out a way to eliminate the slog back through an enemy area after a mission. "

EuroGamer - "..springs and bits of metal can be mashed together on the engineering screen to give you more combat items"

You can also read our preview of the title from E3.  RAGE will feature two player local and online co-op through specific missions.