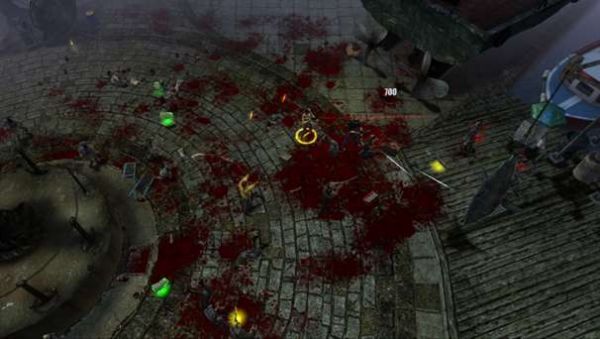 Get ready for some more grisly, zombie-killing, survival action this fall. Another Zombie Apocalypse is fast on track, this time from developer Backbone Entertainment. Zombie Apocalypse 2 will feature the same four-player online/shared screen co-op, but is cranking gameplay depth up a notch - the characters will have more personality as well as class-like abilities, a more worthwhile plot will be conveyed using animated comic strips, and players will be able to upgrade their weapons and attributes.

So what's with the ridiculous article title and image caption? The game stars Jeremy, Jarett Cale's portrayal of a Canadian pro gamer in the web mockumentary "Pure Pwnage". Rumor has it that FPS Doug will be available via DLC.

Check out the trailer below for a taste of what happens when Canadian comedy meets twin-stick shooters.