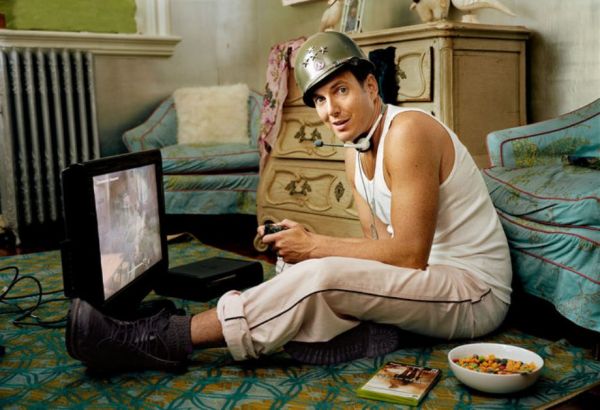 Today Activision Publishing CEO Eric Hirshberg was caught blurting out some interesting names while pitching the effectiveness of Call of Duty Elite in getting gamers more involved socially. Actors Jason Bateman ("Arrested Development", The Kingdom, Hancock) and Will Arnett ("Arrested Development", Semi-Pro, Jonah Hex), and director brothers Ridley (Gladiator, Robin Hood, Black Hawk Down) and Tony Scott (Top Gun, Crimson Tide, Man on Fire) have been named as contributors to original content that will be created for Elite.

Arnett - pictured above - has already been a part of the Call of Duty universe, as he lent his voice to Modern Warfare 2. Ridley Scott often works with Hans Zimmer - who scored the music for Modern Warfare 2 - for feature films, so it's safe to say that he's closely associated with the franchise as well.

Jason Bateman seems to fit in (or stick out - whatever your cup of tea may be) no matter what the project is. But bringing Tony Scott's electrifying vision to the table is what excites me most. Never mind that his brother is responsible for the incredible film Black Hawk Down and the content it has inspired over and over again...Tony has been behind some really slick and visceral action films. Plus, I like his sick sense of humor - for a zany example, watch "Beat the Devil", a short film that he directed for BMW back in 2002.

I'm excited about the prospects. Creative freedom hasn't been discussed, but I'm confident that we'll see some real quality content from this.