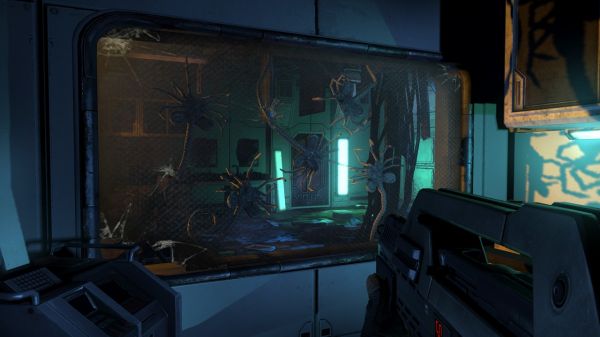 Five new screenshots of the four player co-op shooter Aliens: Colonial Marines have emerged on the game's official Facebook page to celebrate Gamescom 2011.  The Gearbox developed game has seen its share of delays and disappearances but it looks like we'll finally be praying for face hugger proof glass in the spring of 2012 on 360, PS3, PC and...Wii U.