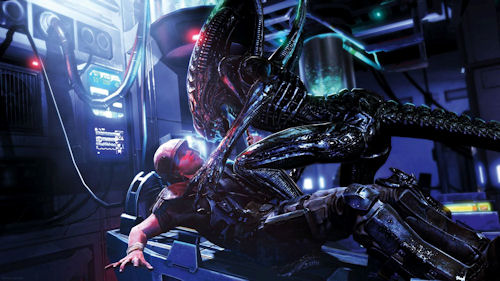 Next year, Aliens Colonial: Marines will finally see the light of day on the Xbox 360, PlayStation 3 and PC.  The Gearbox developed co-op game set in the famous universe created by the Alien franchise has been on our radar since - well since Co-Optimus was in it's infancy back in 2008.  The game has had a long ride to where it is today, so hopefully it'll be worth it.

We've got a handful of screenshots from the game which show off some pretty spectacular looking player models and lighting.  It looks like Gearbox has definitely nailed that Aliens atmosphere.