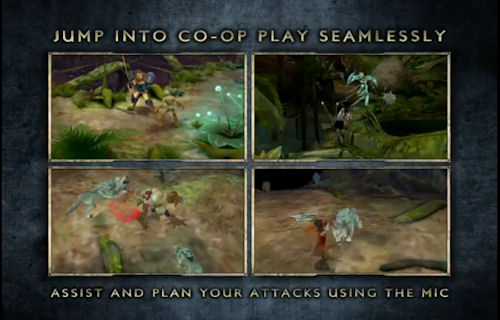 Heroes of Ruin for the Nintendo 3DS looks to give Action/RPG fans a run for their money.  The portable title features full drop-in and drop-out play through the entire game as players can create characters from one of four different classes - the Gunslinger, the Savage, the Alchitect and the Vindicator.  Each class will have their strengths and weaknesses so cooperative play will yield the strongest team in the game's four player co-op story.

Right now Heroes of Ruin is slated for a 2012 release.  In the meantime check out the latest trailer which touts some of the game's features including over 80,000 unique items and "something new everyday."