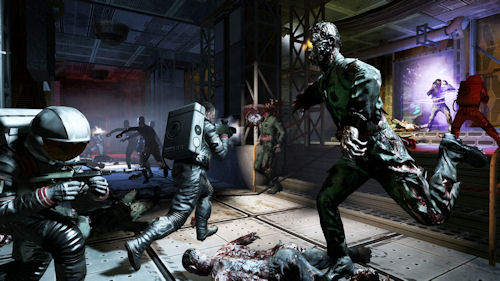 Moon features outrageous new weapons, futuristic gear and hordes of low-gravity undead beasts, delivering Black Ops' most expansive, visceral, and otherworldly Zombies experience yet. Meanwhile, bolstered with the firepower and visual splendor of Black Ops, players can relive the nightmare of "Nacht der Üntoten," escape the Zombie madness in the asylum of "Verrückt," battle back the undead Imperial Army of "Shi No Numa," and pull the plug on "Der Riese," the zombie factory that started it all.

and should be available on other platforms in coming weeks.  You can purchase and add the map pack to your download queue right here.

Here's the list of achievements in the pack for 150 gamerscore: