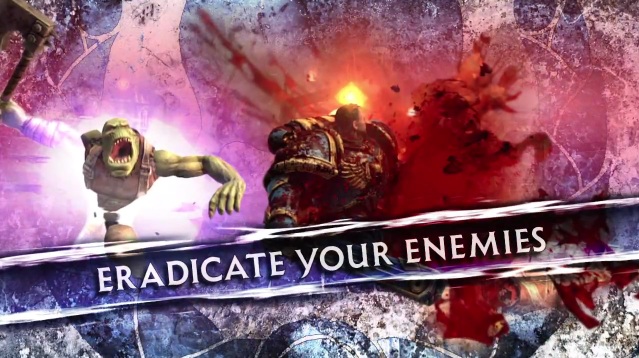 In case you missed it, the Warhammer 40k: Space Marine demo has gone live on the Xbox 360 and the PS3.  It popped up last week on the PC for lucky gamers who pre-ordered the title on Steam.  So now you can see if I was full of it when I previewed the game earlier this month.  It's bloody, brutal, and pretty damn boss.  If you like the Jump Pack in single player, just wait until you see it in multiplayer.  It's a thing of blood-splattered, gore-filled beauty.

To celebrate the launch of Space Marine, THQ and Alienware have teamed up to give away a fancy Alienware Aurora desktop computer.  You can see the specs after the video.  Mmmm....Specs.  It's like a super powered smart phone, but it won't fit in your pants.  To enter, simply join the Space Marine Honour Guard.  All the details can be found here.

WH40k: Space Marine is due out on September 6th on the PlayStation 3, PC, and Xbox 360.  Details on the co-op are coming soon.  I promise.

Here are those delicious, savory specs.  I have no idea what any of this means.  I'm a console gamer.  I mash keyboards and scream "DO!"  It sure does look cool, though.  As an added bonus, the Space Marine Collector's Edition is included.