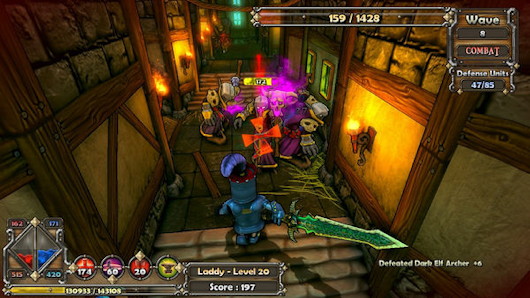 Shortly after picking up an HTC MyTouch 4G Slide and realizing that I could finally run some high-res games on my phone, I hit the market and downloaded Dungeon Defenders: First Wave (which is now free for Android systems). Unfortunately a bug is preventing me from actually playing it, but while I wait I can indulge in its big brother - Dungeon Defenders - this October.

The full game will be released for PC and Xbox Live Arcade on October 19th, to be exact, with the PlayStation Network release date to be "announced soon". Rumor has it that the PSN version will be supported on PlayStation Vita, which could be the reason for the delay.

Cross-platform play online between PC, iOS, Android, and PSN versions will be supported.