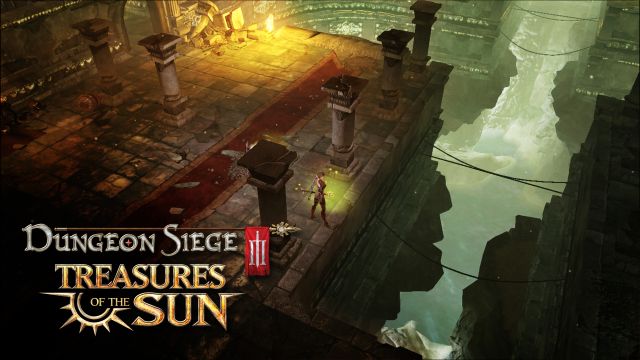 Coming this October, fans of Dungeon Siege III will have a bit more game to play around in.  A DLC pack, with the loot-tastic title Treasures of the Sun, is coming for Xbox 360, PS3, and PC.  Like all good expansions, the DLC will add "several hours" of gameplay in addition to several other nice perks, all for $9.99.

The level limit will be raised to 35, and players will be able to reallocate their Talent and Proficiency points at will.  A new enchantment system will allow for weapon and gear customization.  Of course, there will be a slew of new items, monsters, and quests to go on, too.  Sounds like a pretty good deal, but there's no mention of fixes or improvements to the co-op, which we found a bit lacking.  Hopefully we'll know more in the future.