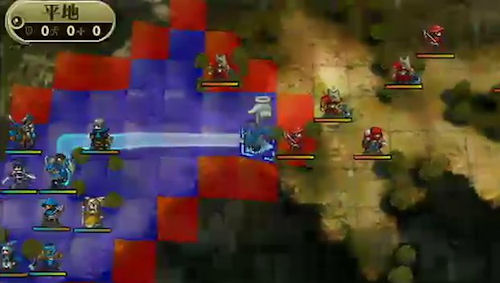 Nintendo held a press conference early this morning in Japan for the Tokyo Game Show.  There weren't too many surprises, but Nintendo did have a lot to announce - including three new co-op games.  Something not on display though, yet still found it's way out - an insanely awkard looking peripheral for the Nintendo 3DS.

First...lets talk The Slidepad.  This strange add on for the already bulky 3DS will make your system even bulkier and add another analog stick and two more buttons.  It'll run on one AAA battery and retail for $20.  It's set to release in Japan on December 10th - no word on whether it's coming to the states. And it wouldn't be a Nintendo conference without some new color of something announced.  So now there's a Pink 3DS.

FireEmblem 3DS - the turn based strategy game is hitting the 3DS in the spring and will feature two player co-op gameplay.

Monster Hunter 4 - while co-op wasn't officially announced for the title, this is big news for Nintendo fans who finally get a true Monster Hunter sequel on their platform.  Considering the pedigree of the series, we expect some solid co-op support.

We're sure more details will be coming on these titles this week as the Tokyo Game Show unfolds.