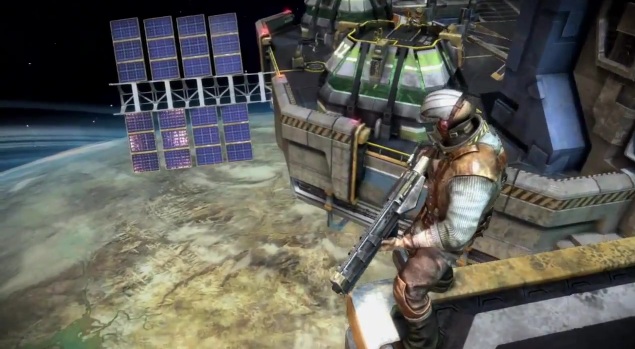 Some things I noticed in this new Starhawk trailer: the game's awesomeness, space combat is fun, Transformers are cool in any franchise, and the developers are pretty unclear as to how the whole "space" thing works.  I don't think a thermal sweater/gas mask combo will help you in a vacuum, but hey, I'm not a scientist.  That's just based on everything I've ever seen about space, ever, which really just boils down to the film Event Horizon.

The back and forth game play looks very promising.  I am a little disappointed at the lack of people getting Dorothied.  I thought that was one of this game's strongest features.  Starhawk should be out in Q1 2012, exclusively on the PS3.  It supports 4 player online co-op.