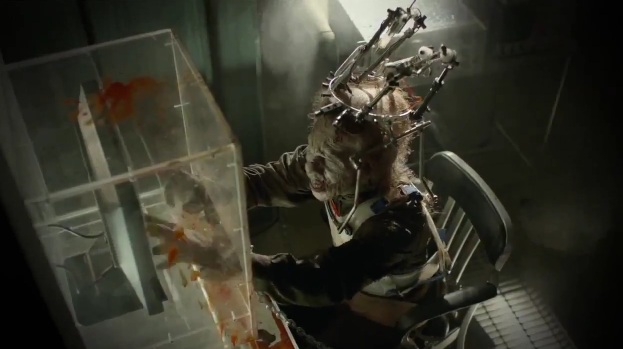 Oh good!  Another Call of Duty: Black Ops Zombie Lab video.  The last video was pretty gory, but it was missing something... I can't quite put my finger on it... ah, yes, shock-induced projectile blood vomiting.  Now it's a party.  Watch your mashed potatoes.  This video is pushing the CoD: Black Ops "Rezurrection" map pack, which happens to be the co-op-iest of all the map packs.  The DLC offers four classic maps along with the all-new Moon level.