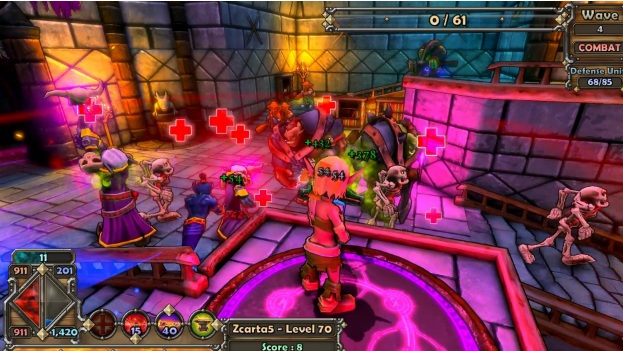 Dungeon Defenders has been a long time coming to consoles and PC.  It has been delayed for over a year while making the rounds on Android and iOS platforms.  For those of you who don't know, Dungeon Defenders is an action RPG/tower defense hybrid that offers character customization and sweet, sweet loot.   It's shaping up to be one heck of a downloadable title.  It's absolutely packed with features which you can see here.  This new video from Trendy Entertainment focuses on the build phase of the game, where you prepare your defenses before the onslaught of the enemy hordes.

Dungeon Defenders will be out for the Xbox LIVE Arcade,and PC on October 19th, with a PSN release soon to follow.  It supports four player local co-op and four player online co-op.