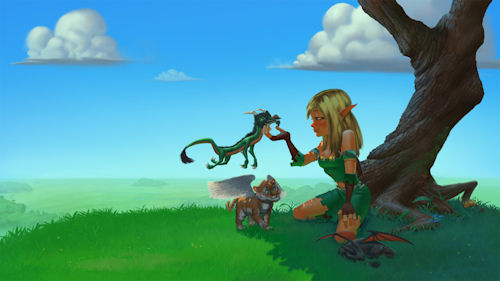 A new developer diary has been released by Trendy Entertainment for their upcoming four player co-op Action/RPG/Tower Defense game Dungeon Defenders.  The game has been a long time coming to consoles and PC after seeing versions appear on Android and iOS platforms, despite the game first being seen on the PC.

The latest developer diary shows off a slick looking game and runs you through the basics of the four classes, character progression and gameplay style.  The game was originally supposed to release LAST Fall, but it looks like it's finally going to see the light of day on the Xbox 360, PlayStation 3 and PC very soon.

Finally - if you liked the above header image from the game, Trendy has released it in Wallpaper Format for your PC.